“Evolutionary Creation: A Christian Approach to Evolution” — An Interaction, Part 4 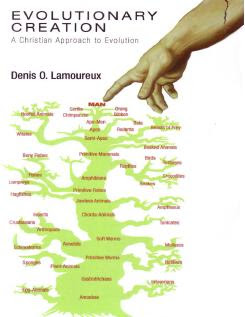 Evolutionary Creation — Chapter 4 — The Ancient Science in the Bible

The fourth chapter of Evolutionary Creation, “The Ancient Science in the Bible,” is without a doubt the most illuminating chapter in Lamoureux’s book. It is this chapter, in fact, that has forced me to abandon John Walton’s position that Genesis 1 was not about the creation of material things. In a previous post, I wrote, “Walton argues that, in [Genesis 1], God is establishing function and purpose. . . . God is establishing order in the universe. Genesis 1:2 states the cosmos was ‘formless and empty,’ that is, not lacking material structure, but rather order and purpose.” As much as I appreciate Walton’s outstanding scholarship, I no longer believe this to be an accurate statement.

Just over a year ago, at the Ancient Hebrew Poetry blog, John Hobbins observed that “Walton’s arguments are receiving a lot of attention, perhaps especially from those who espouse evolutionary creationism (Mike Beidler, for example).” Apparently, Hobbins is concerned about this because he believes that not only does Genesis 1 describe the assignment of functions to things, but that it also concerns the material creation of things. In the aforementioned post’s comments, Professor of Hebrew Studies and Ancient Near Eastern Studies Alan Lenzi also took me to task for “taking Walton’s view as the typical ANE scholar’s view. And that’s simply not the case.” Interesting, I thought. I’ll have to check into this a little bit more. It didn’t take long to begin seriously reconsidering my stance on this, and chapter 4 of Evolutionary Creation has (in lieu of Walton’s forthcoming monograph on Genesis 1, which was announced in his response to Hobbins) put me solidly in the camp of Hobbins and Lenzi.

Considering all of the other non-Genesis 1 references to “ancient science” throughout the Scriptures that Lamoureux presents, it also makes sense to interpret Genesis 1 this fashion. Did the ancients not really consider, as Walton suggests, how the material world came into existence? My suspicion is that Walton, despite the evidence, is forced to interpret Genesis 1 as a “non-material” creation account (albeit wrapped up in a genre that mimics ancient Mesopotamian and Egyptian temple dedication texts; see this post) because his commitment to a certain brand of biblical inerrancy requires him to do so. In essence, Walton’s brand of inerrancy posits that, even in matters of science, the Bible is without error. (Walton also seeks to anchor the events and personalities of Genesis 2-11 solidly in history.) By reinterpreting Genesis 1 in such a fashion that it does not touch on the creation of material things, he bypasses the “more correct” and “more natural” interpretation for one that is in more harmony with his hermeneutic.

So what was this evidence that made me shift camps from Walton to Hobbins/Lenzi? The first line of evidence was the voluminous amount of biblical references to a 3-tiered universe. Of course, this fact is nothing new to Walton. In fact, he agrees wholeheartedly that Genesis 1’s cosmology contains the three tiers of heaven, earth, and the underworld. But Walton wants to have his cake and eat it too. Because this cosmology doesn’t comport with physical reality (which Walton will readily agree), he believes Genesis 1 cannot possibly be speaking of material creation. However, this ancient cosmology isn’t just restricted to Genesis 1; it extends into the New Testament as well (e.g., Phil 2:10), and it is much more pervasive than Walton either lets on or recognizes. Thus, Walton’s hermeneutic appears to stop at Genesis 2 and fails to work beyond this point.

The Evidence of the Bible’s Ancient Science 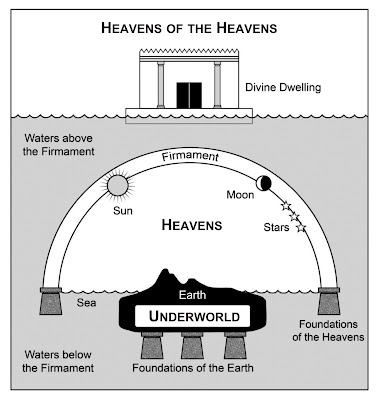 Many Christians would claim that descriptions of a 3-tiered universe fall into the category of “phenomenological language,” that is, language that describes appearance from a certain, fixed perspective rather than reality—for example, sunset and sunrise. It is true that we use terms like sunset and sunrise as phenomenological descriptions of the earth’s rotation on its axis, but that is only because our interpretation of Scripture is informed by the fact (taught to us in school and proven with every launch of a satellite or manned space mission) that we do not live in a geocentric universe. Prior to heliocentrism becoming mainstream, a vast majority of ancients took this so-called phenomenological language as scientific descriptions of reality. If this is so, then the Bible is, in fact, scientifically inaccurate. However, this does not bother Lamoureux one bit:

Passages in the Bible referring to the physical world feature both a Message of Faith and an incidental ancient science. According to this interpretive principle, biblical inerrancy and infallibility rest in the Divine Theology, and not in statements referring to nature. Qualifying ancient science as ‘incidental’ does not imply that it is unimportant. The science in Scripture is vital for transporting spiritual truths. It acts as a vessel similar to a cup that delivers “living waters” (John 4:10). However, the word “incidental“ carries meanings of “that which happens to be alongside” and “happening in connection with something more important.“ In other words, the ancient science in Scripture is “alongside“ the “more important“ Message of Faith. (p. 110; emphasis in original)

Lamoureux then proceeds to discuss numerous examples of “ancient geology” that bears absolutely no resemblance to physical reality:

Of course, these descriptions are not unique to the Bible; they are, in fact, similar if not identical to descriptions of the cosmos in other ANE cultures as depicted, for example, in ancient Babylonian maps. 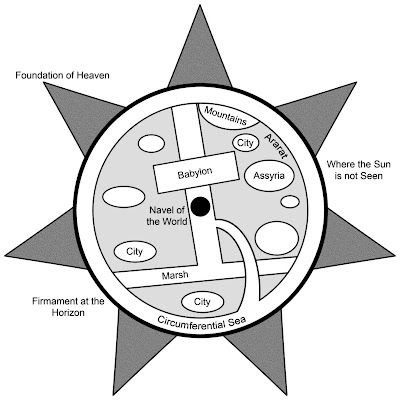 Lamoureux next tackles “ancient astronomy,” in Walton-like fashion, discussing the likes of the daily movement of the sun, the firmament (the apparently firm, blue dome that covers the earth), the waters above the the firmament, the foundations and ends of heaven (including its various levels), and the placement of the sun, moon, and stars in the firmament itself. Like Walton, Lamoureux appeals to the original languages to bolster his arguments quite convincingly. (An eschatological futurist, Lamoureux has some interesting views on how he believes eschatological events might play out in the physical realm, but it is enough to say that Lamoureux believes that “divine judgmental action is filtered through ancient astronomical categories.” I’ll tackle this in a post later down the road.)

And if the Bible’s geology and astronomy weren’t ancient enough, Lamoureux adds “ancient biology” to the mix, proving that the Bible possesses ancient conceptions of taxonomy, botany, human reproduction, and the causes behind suffering, physical/mental disabilities, and disease:

If the examples of ancient science in Scripture were relegated to only a few instances, one might be able to successfully argue against Lamoureux (and Walton, to a certain extent). However, it is clear to me that, in matters of science, the Bible does not concord with physical reality in a great number of cases. What are we to do with this fact? Lamoureux suggests that

it is necessary for modern readers of God’s Word to separate the Message of Faith from the incidental ancient science, and not to conflate these together. According to the Message-Incident Principle, inerrancy and infallibility rest in the spiritual truths of Scripture instead of its views on the structure and operation of the physical world. (pp. 146-147; emphasis in original) 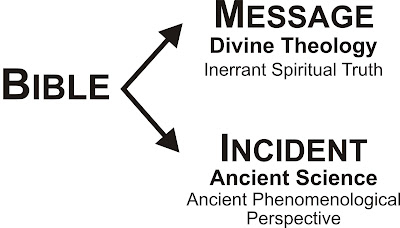 I’d say this is an excellent place to start for the Christian struggling to reconcile the Bible with science. It is certainly counterintuitive at first to recognize and respect the incidental ancient science, but with practice it becomes natural to separate the “wheat” (theological truth) from the “chaff” (ancient science). It may also help to begin thinking of the Bible as somewhat incarnational, that is, both human and divine, much like (although not identical to) Jesus Christ. Is it really so hard to conceive of the Bible’s purpose as the transportation of divine truth in a fallible vessel? Wasn’t this also the case with the incarnation of the second person of the Triune God, Jesus Christ, who brought ultimate truth via the humiliating experience of becoming a physically fallible human being possessing an intellectually-limited human mind?

1,323 Responses to “Evolutionary Creation: A Christian Approach to Evolution” — An Interaction, Part 4